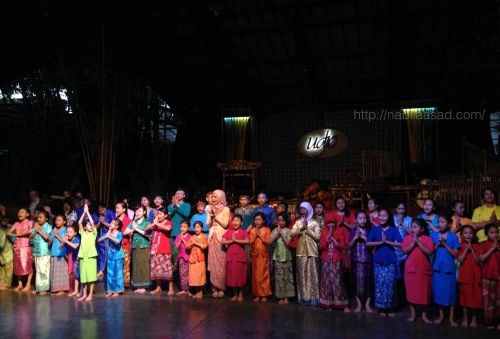 At the end of the show

“You have got one angklung each, now look at the number written at the bottom of your angklung, and pay attention to my right hand,” a warm voice of an average 50-ish man was heard throughout the mini auditorium. We were on our seventh session during the Angklung performance .

He was Mang Udjo, Jr., the son of the honorable Mang Udjo who founded this art studio famously known as Saung Angklung Udjo in 1966. Angklung is one of Indonesian music instruments made from bamboo and originally played in West Java. 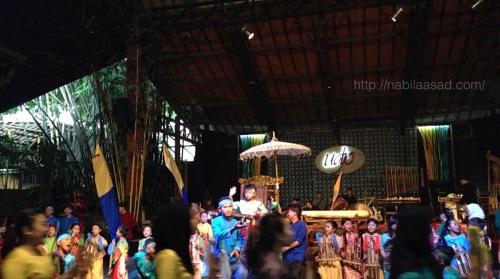 I had been living in Bandung since 2007 and never had I visited Saung Angklung Udjo ever since. I heard about the Angklung team from that saung many times and I had seen their performance countless times elsewhere, yet that day was my first time experiencing the performance at the first time. Thanks to Sara, Luisa, and Raquel who visited me from Portugal because they made me plan this trip to Saung Angklung Udjo. 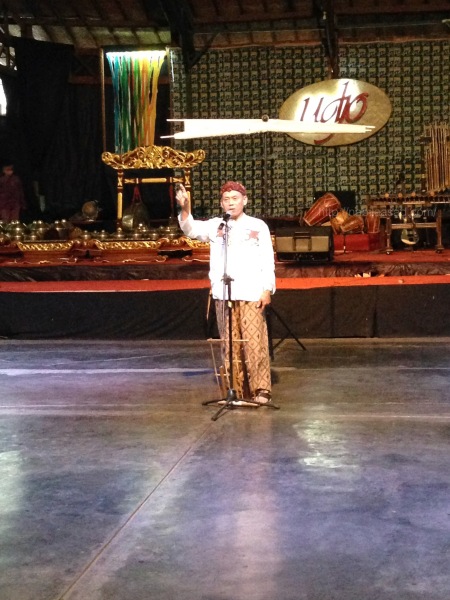 Each of us got a synopsis guide for the whole performance. I thought the whole performance would have lasted for 1 hour at the maximum. In fact, it occurred for 2 hours! An MC directed the show and explained each mini show before it began. It was written on the synopsis guide, but the MC was telling us in a friendly and bubbly manner so we loved hearing her explanation.

The fourth show, Mini Angklung Show, was played by several kiddos dressing up in several Indonesian traditional clothes. FYI, Indonesia consists of many regions with different cultures (including songs, clothes, foods, and many more you name it). They played songs which were known worldwide. For example, a song called The Story of Peter, which was known as Melati Kenanga song in Indonesia and known as other song titles in different countries. The MC told us to sing along in our own version of the song. It was so fun! Audiences were enthusiastic and even more when they played The Song of Do Re Mi from the Sound of Music movie. 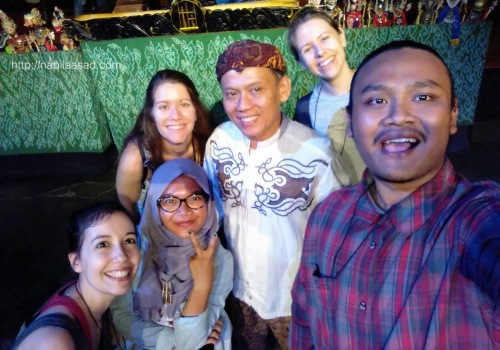 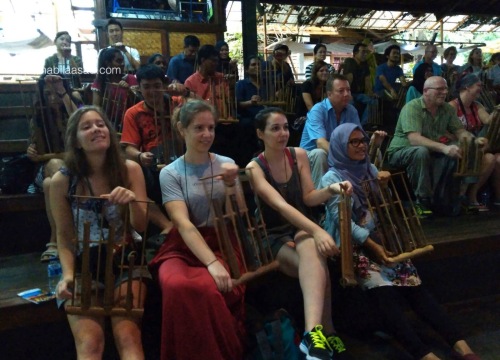 When it came to the seventh show, which was playing angklung together, Mang Udjo, Jr. came out and asked the audiences for being active. We were told to play the angklung that we got. I got an angklung with a number 4 written. 4 means fa in the musical scale. He taught us how to play angklung and we played ours when his fingers formed our angklung number. I am no musical genius but I found the way he taught was interesting. He successfully taught different type of audiences from different countries in 30′ until we could play up to three songs together.  The last song was an Indonesian song called Burung Kakatua originally from Maluku.

My most nostalgic moment was during the sixth show, the Indonesian archipelago mass angklung. Adults musician played several Indonesian traditional songs from many regions accompanied with kiddos dressing up with each region’s clothes and they danced to that song. I sang along while remembering my kindergarten period. I was so touched! The show made me realise how proud I was to be an Indonesian. 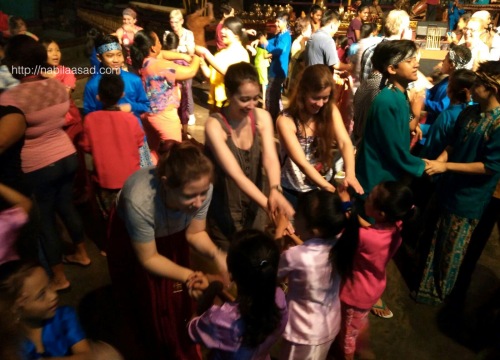